As you drive the streets of picturesque Jefferson, Texas, you will likely see the historic First United Methodist Church with its steeple stretching into the sky. At a glance, the white wooden structure sitting on a hillside seems as though it could be the opening scene of a nostalgic Hallmark movie.

On Sunday mornings the rich, deep sound of a church bell wafts through the small town, once a prosperous inland port for steamboats traveling on the Big Cypress Bayou in the piney woods of East Texas. For almost 80 years Milton Bass has served as the master bell ringer, having learned the art from a local doctor, alongside his twin brother, Paul, who died during World War II. 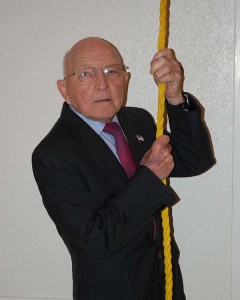 Milton Bass, 90, has served as the master bell ringer since the mid-1930s at First UMC in Jefferson, Texas. COURTESY PHOTO

During those eight decades, life in Jefferson changed. Railroads dwindled; the bayou became unnavigable; industry waned. Even so, the town has reinvented itself as a historic tourist destination. Today 90-year-old Milton takes his mark in the church’s narthex each Sunday morning and pulls the rope in a unique rhythm to make the bell tones that seem to say, “Come to church!”

Church historians say the bell was made in 1854 at a foundry in Troy, N.Y. To ensure a distinctive, silvery tone, church members raised 1,500 Mexican silver dollars which were melted down and cast with the usual metal alloy to make the large bell. In earlier years, Milton had to climb a ladder into the bell loft to do the ringing. Today a rope is threaded up through the ceiling to the bell wheel in the tower above the narthex.

Through the years, people have often gathered in the church to learn the special art of bell-ringing from Milton. Noting the importance of timing, Milton demonstrates that it takes one long, firm pull followed by two shorter pulls to create the distinctive sound. He remembers that on one occasion, a Cub Scout discovered that it is not as easy as it might seem. After listening to Milton’s explanation, the boy grabbed the rope and pulled. The rope lifted him off his feet and into the air before he landed hard on the floor.

Milton says he learned the importance of serving others when he was a child. With his grandfather as his mentor, he worked as the church janitor along with his twin, and even pumped the organ when the organist needed help. All these years later, Milton and his wife of 65 years, Imogene, continue to model servant hearts for three younger generations of family and church members. In fact, they believe that older adults have a great opportunity to demonstrate their faithfulness by supporting and encouraging people of all ages in ministry.

Milton and Imogene help with collecting food for the food pantry for families in need. They help make and serve spaghetti dinners for the church’s annual fundraiser during their town’s Christmas tour of homes. If the youth are going on a mission trip, they are there to encourage and help raise money.

“Milton humbly offers his time and talents in the service of Christ and the Church, expecting no accolades or personal glory,” she said. “He goes about his work quietly. There is no job too small. His living testimony is an inspiration.”

Glad to be ringing

On the Sunday morning that I visit Milton, I learn that he has just recovered from a bout with pneumonia. He is grateful to be standing in the church narthex once again. As he pulls the rope to ring the bell, I think about his legacy shaped over the years. Watching him pull strenuously on the rope, I ask him how many times he will sound the bell. He smiles and says, “I’ll ring it until I get too tired.”

As I walked down the church steps and into a beautiful day, I thought how wonderful it would be if we would all live more like Milton.

Filling our world with the sounds of hospitality. Serving others until we are all used up.

Robin Roberts of Good Morning America has selected BEACH CALLING as one of her favorite books of 2019. 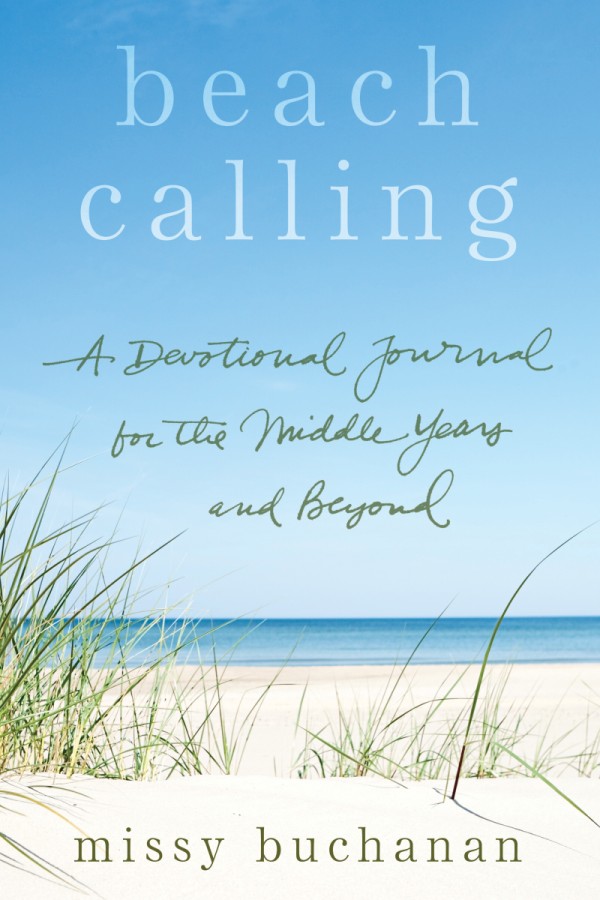 Whether you are at the beach, or just wish you were, Missy Buchanan’s devotional journal for those of us in the middle years is a refreshing gift! Writing in an engaging style, I felt my blood pressure going down as I read her words. Intertwining scripture, reflections and questions, with an emphasis on appreciating rather than dreading reaching our middle years and beyond, this journal will inspire and bless you!