When the Rev. Larry Minnix first accepted a call into ministry, he was a 16-year-old boy sitting by the campfire at a youth retreat. He never imagined that one day he would be trying to light a fire under lawmakers and White House administrations on behalf of an aging population. In fact, Mr. Minnix says that 40 years ago when he first began an administrative internship at Wesley Woods, a geriatric center associated with Emory University in Atlanta, he fully expected the work to be boring. Not so, he says.

Today the graduate of Candler School of Theology and ordained United Methodist minister is CEO of Leading Age, an association of 6,000 not-for-profit organizations dedicated to making America a better place to grow old by focusing on advocacy, education and applied research. Mr. Minnix says his faith fuels his passion for evangelism for “the least of these.” He also affirms that he is strongly influenced by the Methodist social gospel, even when faced with political gridlock.

“When I first went to Washington, D.C. in 2001, I was fired up to help vulnerable, older adults,” he says. “I set out to work with legislators and White House officials, providing them with ideas, information and resources about the aging population. I had this notion that we could come and reason together. Now I see my role as more prophetic than I had ever imagined.” 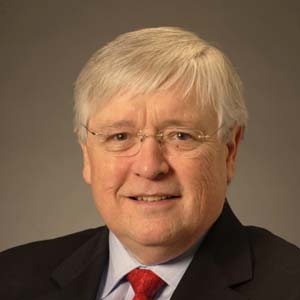 Mr. Minnix thinks there should be no political spin when it comes to discussing important issues of aging and human vulnerability. He believes, too, that the church should be more aggressive in the national dialogue and in taking a stand on eldercare matters. With people living longer, financing long-term care is a fundamental concern since most families are unprepared but will face it in the not-so-distant future.

Mr. Minnix believes that churches, synagogues and mosques are often the most caring, most accessible and least expensive places for elder support, yet they are also the most under-utilized. When asked what a local congregation can do immediately to make a difference, he points to parish nurses, support programs for Alzheimer and dementia patients and adult day care programs.

Mr. Minnix strongly encourages churches to have strategic planning sessions to ask, “What is the role of the church regarding vulnerable populations?” From this dialogue, churches should begin to determine how the resources of the church could be used more effectively.

As a part of that conversation, churches should also develop a technology plan that addresses the needs of senior adults. Mr. Minnix is quick to remind church leaders that given today’s technology, there is no reason for seniors to be isolated with a television evangelist as their only connection to a church.

Mr. Minnix adds that churches have a role in helping people rethink the idea of retirement. In fact, he views retirement as an antiquated term. Though people in their sixties may leave a career after a long tenure, many will seek new career paths including part-time work. The church must lead the way in showing them how to contribute their skills and gifts in ministry.